Joan Loughnane, an acting deputy attorney, said that Tucker was to be behind bars for 16 years and 8 months in federal prison as per the sentence for carrying out a national payday lending enterprise online illegally.

The attorney indicated that Scott had methodically evaded laws of the state for more than the past decade and charged illegal interest rates as high as 1000% on loans. Scott’s co-defendant Timothy Muir an attorney, was also slapped with a sentence of 84 months in prison for participating in the scheme in addition to their knowledgeable violation of usury laws of the states across the country.

With regard to the entire cost of these online payday loans, millions of dollars. On top of that, false partnerships with Native American tribes were formed to launder millions of dollars from consumers to mask Tucker’s ownership.

After a month of trial, Muir and Tucker were found guilty on 13 October 2017 on all fourteen counts against the two. These include wire fraud, racketeering, truth in lending acts, and money laundering offenses.

U.S. Judge P. Kevin Castel, who was presiding over the trial, imposed the sentences on the two. Joan said ‘for more than fifteen years, Timothy and Scott made billions of dollars by exploiting working, struggling Americans through a payday loan business with high-interest rates reaching 1000%.

To hide their crimes, the two “says their business was run and owned by Native American tribes.” However, Muir and Tucker’s predatory business has been closed because of illegal business tactics, and they have been sentenced to a significant time in prison for their misleading practices.

According to reports, the evidence presented at the trial included the following:

From the year 1997 until 2003, Tucker participated in the business of making short-term, small, unsecured, high-interest loans, and this was commonly called a payday loan cash advance via the internet. Tucker lending enterprise has up to 1500 employees who were based in Overland Park, Kansas City.

These loans were issued to more than four and half a million working Americans in all 50 states, and it included 250,000 in New York. In the state of New York, payday lending is highly prohibited, and Tucker was lending money at exorbitant interest rates. They generally exhibit that Muir and Tucker knew the loans were unlawful yet continued to issue them.

TILA is a federal court statute intended to make sure that the consumers know the credit terms in a clear and meaningful manner, both to protect consumers against unfair credit practices and inaccurate credit practices.

This is aimed to help the consumers compare credit terms knowledgeably and readily. TILA and other implementing regulations require lenders to disclose clearly, accurately, and conspicuously before any credit is extended to the consumer.

The annual percentage rate, finance charge, and total payments should reflect legal obligations between both parties of the loan.

They also did explain the TILA Box loan fees in plain English.

If you seek a $500 loan, the TILA box says there will be a $150 financing fee. The entire cost of the loan would be $650, according to the Tucker Payday Lender TILA box.

Muir and Tucker’s 2012 repayment plan took all interest and never touched the principal, according to documents. On the next paycheck, they might automatically withdraw a sum equivalent to the set aside to pay interest.

With Tucker and Muir’s agreement, the business withdrew the financing charges automatically each paycheck, applying none to the principle. The $50 monthly withdrawal to pay down the principal didn’t show up in the total loan.

Sham Tribal Ownership of the Business

Following accusations that Tucker Payday Lenders was granting harsh loans in violation of usury rules, numerous states currently researching. Tucker realizing that they were under investigation, devised a scheme to move his millions to American tribes.

The American communities are safe by sovereign immunity, among other doctrines. It is through the signing of contracts with the communities that Tucker lived to avoid the hand of the law.

They went to a great extent to provide falsified documents to show that the tribes owned Tucker’s company. They handed their staff scripts to say they were working from tribal territory while remaining in Kansas. In addition to the terms, Tucker, 55, and Muir, 46, were sentenced to 3 years of supervised release.

The prosecution praised the outstanding work of the Southern District Court of New York, and Kansas supreme court ruled officials and jury.

Assurance that your application will send to respectable lenders is provided by Paydaynow. 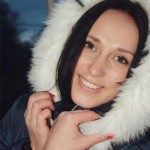